Objectives: The current study aimed at isolating dermatophytes from patients, as well as isolating pathogenic fungi of plant crops and testing the alcoholic extract of the frankincense against them. Methods: Skin fungi were isolated from patients with skin fungal infections who visited Al-Hussein Hospital in Karbala governorate, which has a total of 90 samples, as they were diagnosed based on sources. Then samples of onions, garlic, pomegranate, orange and apple infected with fungi were taken, and they were purified and diagnosed. After that, an alcoholic extract of frankincense was prepared in three concentrations of 5, 10, and 15 mg / ml, and its efficacy was tested against the isolated fungi by mixing with the medium , The diameter of the developing colony was measured (average of two perpendicular diagonals), and the results were recorded. Results: During the study, four dermatophytes were isolated: Trichophyton mentagrophytes, Trichophyton rubrum, Microsporum gypseum and Microsporum canis.The study showed that the alcoholic extract of Frankenins had an inhibitory ability on the skin of isolated fungi, and that the highest rate of effect of the extract was at a concentration of 15 mg / ml on Trichophyton mentagrophytes, Trichophyton rubrum and Microsporum gypseum, while the lowest effect of the extract at a concentration of 5 mg/ml was on Microsporum canis. The results also showed that the alcoholic frankincense extract inhibited the growth of pathogenic fungi of plant crops: - Aspergillus, Aspergillus, Penecillum digitatum, Alternaria sp. , Penecillum expasum by 100% at 30 mg / ml, while the lowest effect of the extract at a concentration of 10 mg/ml was on P. expasum. Conclusion: Most of the isolated dermatophytes from the skin, hair, and nails, as well as the isolated pathogenic fungi of plant crops, were inhibited in varying proportions when the alcoholic frankincense extract was added to the culture medium. 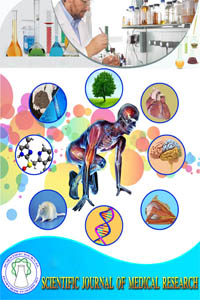